The Government of Samoa was focussed on the immunisation of the country; however, the negative impact of the loss of life to families and communities was very significant and required closer attention. SUNGO agreed to render its support to the Measles affected victims through an Outreach Programme.

SUNGO and the Ministry of Health through the Mental Health Unit entered into a partnership to carry out the assessments of affected families. During the assessments, we were able to identify the needs of affected victims that survived, and families of the deceased. The assessment was aimed to collect information about their religion, number of dwellers in one household, age of the deceased/survived, economic status (employment), and living conditions.

Psychosocial support was provided in two main ways Firstly through the provision of counselling using a pool of volunteer counsellors. Secondly through the provision of supplies to meet some basic needs including basic health goods (diapers, soap etc) and basic food supplies such as rice, cereals, milk, sugar, and tea. A total of 310 families were visited during the period 28 December to late February.
For more information see Publications 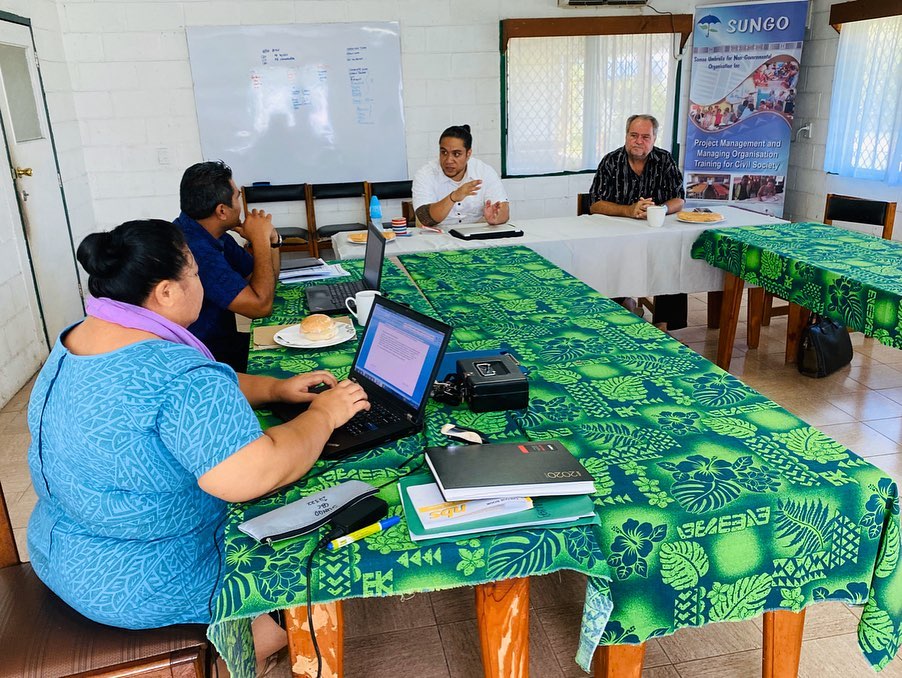 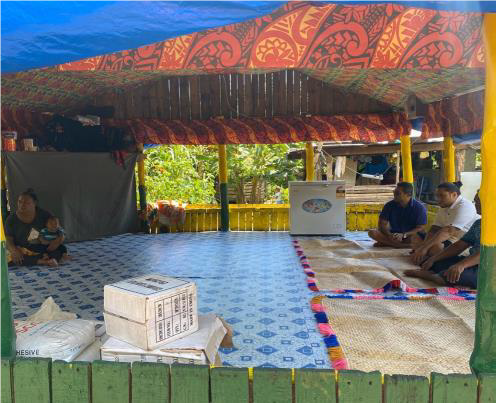 The purpose of the consultation forums conducted by SUNGO was to present the people of Samoa (represented by the 16 districts selected) with the understanding and evidence of how the three amendment bills proposed by government could affect their human rights, cultural values, and life in the future. In respect to human rights and the importance of voicing the opinion of individuals, SUNGO provided the opportunity for the people of Samoa to express their views regarding the three amendment bills and to identify whether they supported or opposed the legislation.

The statistics collected from these consultation forums were used to help SUNGO draft a proposal to the Government of Samoa based on the collective community view. Given the significance of the three amendment bills proposed by the Government in relation to the constitution, lands and titles court, and judicature, this objective was seen as high priority by the Executive Council.

In order to consult widely across Samoa, activity was expanded from one forum to a series of sixteen forums held in both Upolu and Savai’i. SUNGO managed to cover sixteen districts involving ten on Upolu, five on Savai’i, one on the island of Manono. Through these sixteen forums, a total of 1116 people attended.
For more information see Publications

Participants at consultation on proposed legislation

The Spotlight Initiative is the joint United Nations and European Union global initiative to eliminate all forms of violence against women and girls. One of the objectives of this project is strengthening the capacity of the advocate network to lobby for improved services to survivors.

The first activity to achieve this objective was to carry out a CSO Capacity Assessment Survey, which assessed the technical, functional, resource and training needs to support these CSOs in areas where needed. The survey was designed by UNDP in conjunction with a Spotlight technical working group. and reviewed by a group which included SUNGO .

SUNGO staff then conducted 23 surveys over the period August – September 2020. These were then reviewed and analysed with a final report completed and presented to UNDP and SUNGO in   September 2020.

This final report included one-page summaries on each organisation, with detailed information on the key organisations which had the capacity to lead in each area surveyed provided separately to UNDP and SUNGO. This will assist both organisations to better support CSOs in this area.

Following the completion of the assessment SUNGO conducted a Training of Trainers programme in early 2021 to provide skills to members of the organisations involved in the programme. 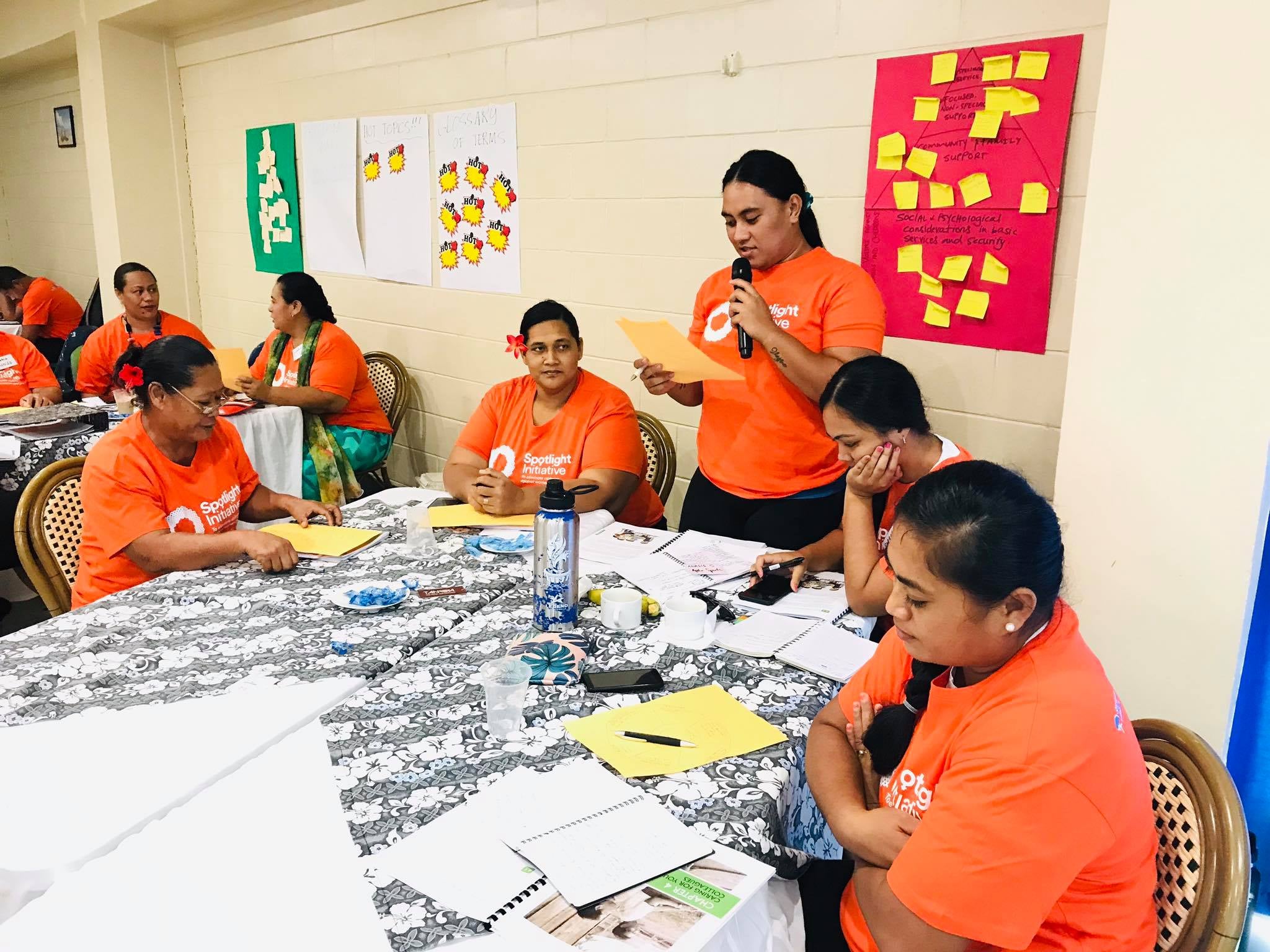 This is a multi year US$66M project funded primarily through the UNDP GCF fund which involves an integrated approach to flood management and natural disaster risk reduction in the Apia area known as “Integrated Flood Management to Enhance Climate Resilience of the Vaisigano River Catchment in Samoa”. 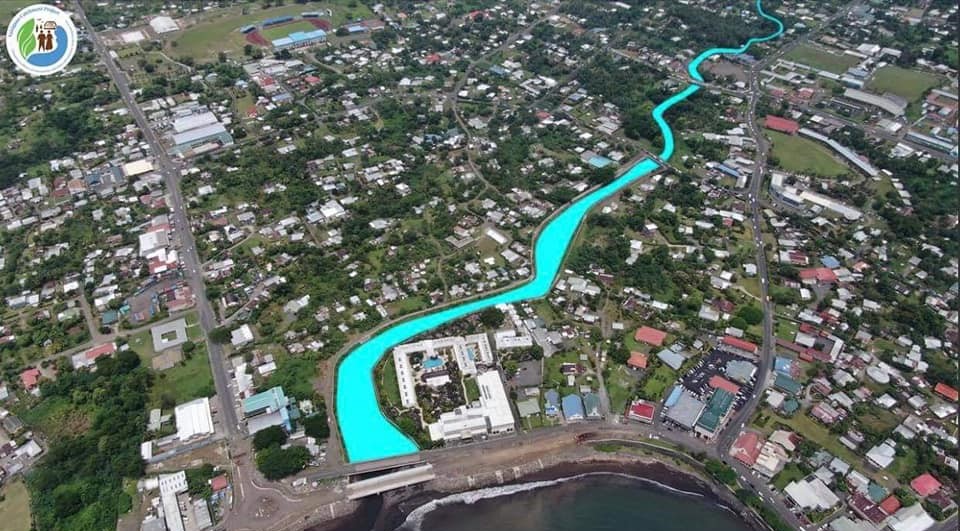 This project involves key Government Ministries including Ministry of Works Transport and Infrastructure  (MWTI) , Ministry of Natural Resources & Environment (MNRE) along with CSSP and Non Government organisations such as SUNGO and the Chamber of Commerce.

SUNGO has played an active part working alongside with MNRE to assist communities to address climate change risks through projects such a tree planting. SUNGO undertook a profiling survey involving the people living in the 31 villages of the Vaisigano River Catchment Area (VRCA) to identify those who may be able to work on the project. 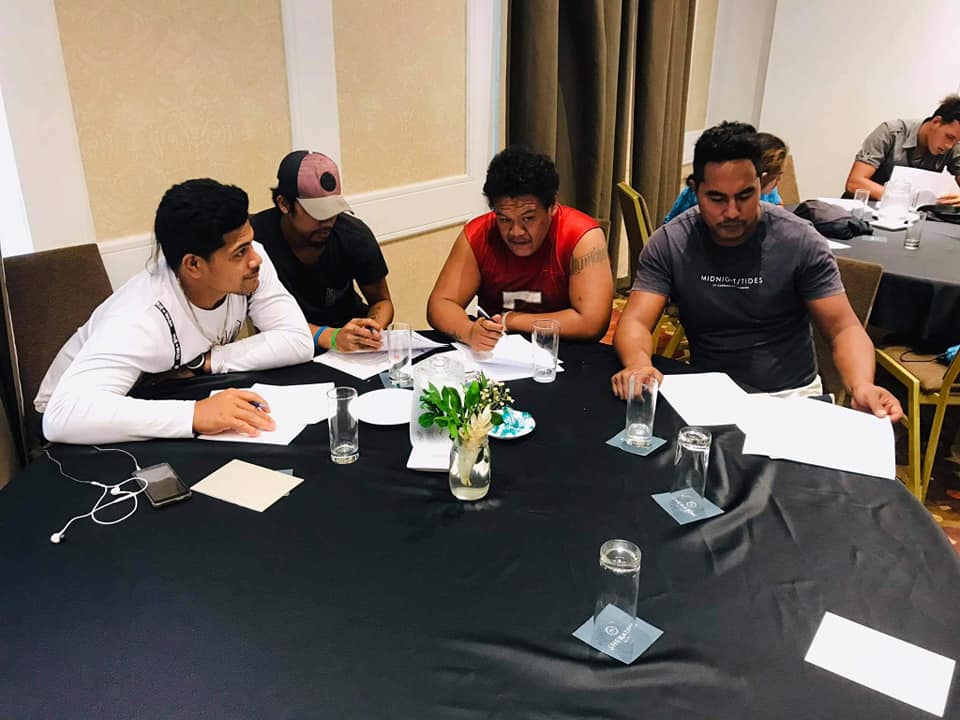 SUNGO MNRE Project - Profiling with youth from the VRCA Area

SUNGO also worked with MWTI  undertaking consultations with the villages involved in the Vaisigano Catchment Project regarding the Simplified National Building Code. to make all aware of how to build for the future in a way that addresses the impact of climate change.

The Community Engagement Programme involved the implementation of consultative awareness workshops for pre-selected flood-prone villages of the VRCA to raise awareness on the National Building Code (NBC) through the five newly developed simplified handbooks.

The goal of this project was to provide CSOs with a greater understanding of Government mechanisms, for example government departments/ministries, parliament and parliament committees and agencies such as the office of Ombudsman. The project also aimed to build capacity of CSOs in basic research and advocacy skills.

Five training workshops conducted for Civil Society Organisations in Upolu and Savaii and all were fully subscribed. Participants acknowledged the value of the workshops to increase their personal understanding of the Government processes and undertook to take this training back to their individual CSOs so they can contribute to law making.
For more information see Publications. 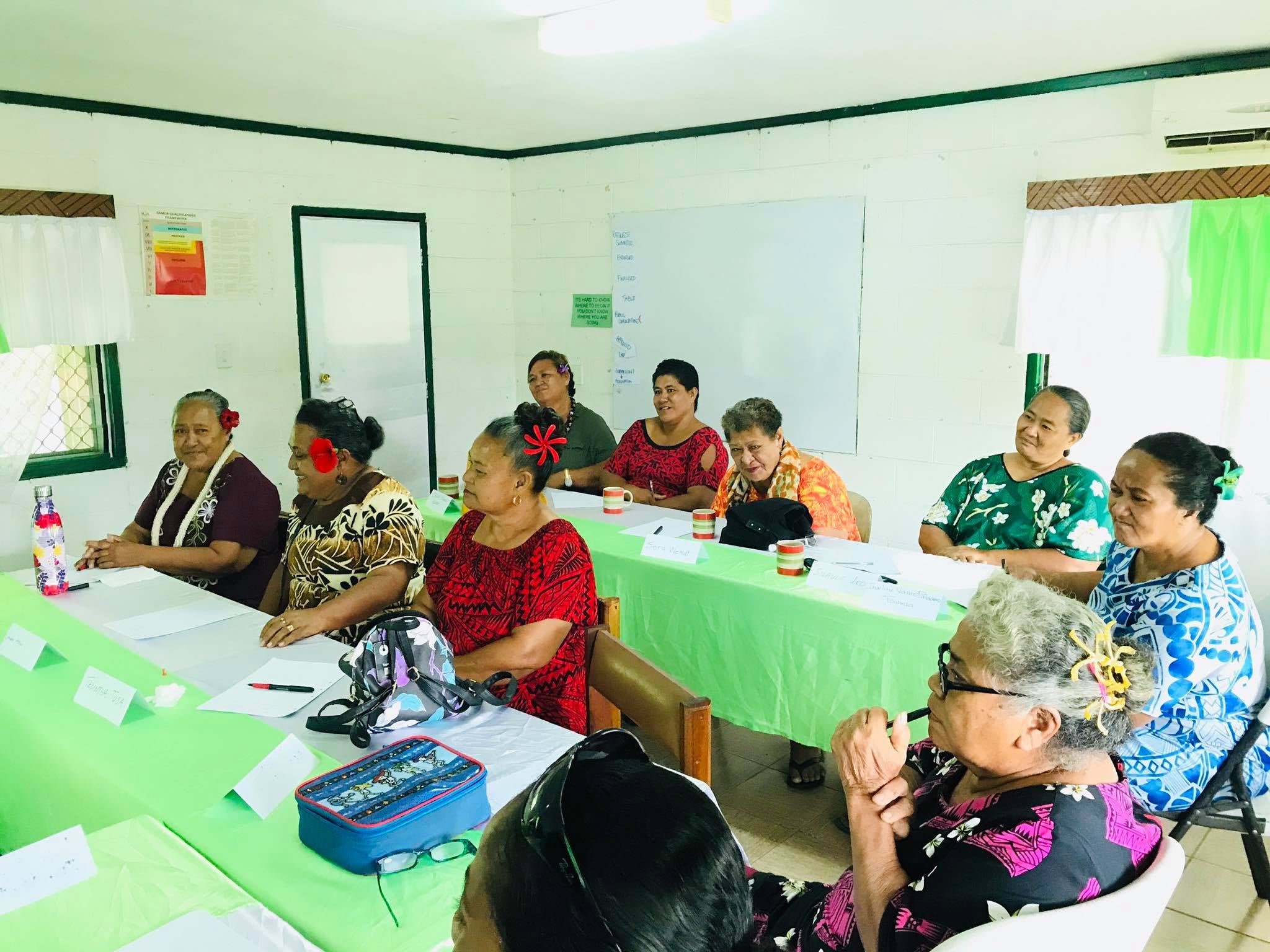